The objective of the Great Green Wall project in the Sahel is to plant millions of trees to fight against desertification. Nevertheless, Quebec researchers believe that this project could generate unexpected and sometimes even negative effects.

In 2017, we mentioned an African Union project to erect a forest barrier in the Sahel over a distance of 7,800 km by 15 km wide. Launched in 2008, the Great Green Wall intended to prevent the extension of the Sahara to the south is only 15% complete. It must be said that the objective is very ambitious since it is a question of planting millions of trees in the area by 2030. However, a recent contribution of twenty million dollars represents a real source of hope for the project progress.

Restoring biodiversity, storing carbon and providing socio-economic benefits to local populations are other expected effects, beyond the desire to stop desertification. Only, here it is, this climate geo-engineering project could have unexpected and sometimes even negative effects, as suggested by a study by the University of Quebec in Montreal (Canada) detailed during a conference on December 14, 2021.

multiple effects, some of which raise questions

The scientists say they used high-resolution computer simulations for their work. They thus demonstrated that the effects of the Great Green Wall on the climate at all scales could be more profound than those expected by the project leaders. We find ourselves in a context of strong anthropogenic global warming. The Great Green Wall should thus generate a 1.5°C drop in average temperatures in most areas of the Sahel. On the other hand, the hottest regions should evolve in the opposite direction with an increase in average temperatures of 1.5°C.

The researchers also mention a sharp increase in precipitation in certain areas. The reason is none other than an extension of the West African monsoon, coupled with an intensification. Specifically, an increase in vegetation should generate a pool of moisture, intensifying water cycles. This same vegetation will darken surfaces and reduce the amount of dust in the atmosphere. Thus, more heat will reach the surface and be absorbed. These warmer and wetter areas compared to the neighboring oceans will thus generate a difference in atmospheric pressure intensifying the monsoon winds.

However, for scientists, a more intense West African monsoon could shift certain atmospheric circulation phenomena to the west. This could then influence phenomena such as El Niño or even typhoons and other tropical storms in their trajectory. Obviously, these projections are based on very pessimistic scenarios. The researchers now want to work on other more optimistic models, but also better understand the past evolutions of the Sahara. 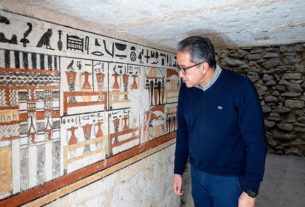 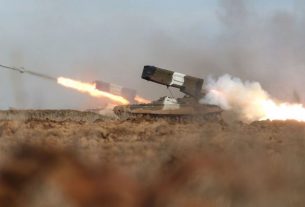